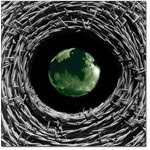 We have the new Umphrey's McGee CD Mantis, on sale all this week for only $10.99. You won't find it cheaper anywhere else online or in the Chicagoland area! We also have the very limited 180 gram vinyl record version of Mantis in stock.

Over 2 years in the making, Mantis pushes the envelope in composition, arrangement and group interplay. In an Umphrey’s McGee first, the album offers 100% new material - a drastic change of pace for a band whose typical modus operandi is to work out the material live on-stage before recording studio versions.

NOTE: Your Mantis CD will give you special access to the special Push website to get free content throughout 2009! See www.umphreys.com for more information about this exciting feature.

Be sure to watch our website for details on how you can win a limited edition deluxe Mantis package. The deluxe package includes: a copy of Mantis on CD, a copy of Mantis on 180g vinyl, a DVD that includes the Umphrey's McGee 10th Anniversary Retrospective and other unreleased videos, a Mantis poster, and some other treats from the Umphrey's HQ, all in a hand-signed Mantis box set. Not all package contents will be the same, and in each you will find some personal additions from the band members themselves.
Posted by Unknown at 3:02 PM No comments:

Happy New Year - The Dead are Back! 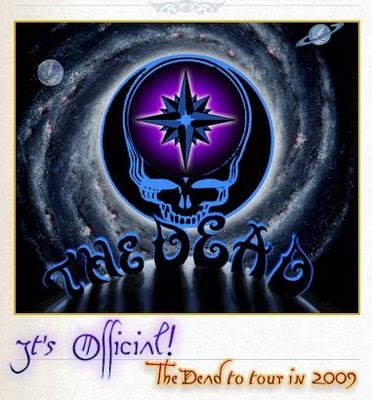 What a great way to start the new year with news that the boys will take to the road again. We have seen them all play over the years with their own bands, but it will be nice to see them all onstage together again. The last time for us was at the Dead family reunion at Alpine back in 2003. Damn! what a good time that was. Hope to see you all on the road at a show this spring. We will most definitely be at the Allstate show (we have a feeling there might be 2 shows at Allstate as this is the only midwest show on the tour schedule) and maybe a couple of more.

Below is a copy of the official press release with all the details.

Happy New Year from the DEAD.

Kicking off April 12 in Greensboro, NC and wrapping May 10 near San Francisco, the tour will encompass 19 shows--all to be performed as “An Evening With”--in 16 cities. Details for pre-sale and on-sale tickets will be announced in the near future. Go to www.Dead.net
for ticket and tour information. All the concerts are set for indoor arenas except for the final show at Shoreline Amphitheatre in Mountain View, CA.

Original Dead members Bob Weir, Phil Lesh, Bill Kreutzmann and Mickey Hart will be joined by keyboardist Jeff Chimenti and Allman Brothers Band/Gov’t Mule guitarist Warren Haynes, both of whom played with the band at the “Change Rocks” concert. e group first formed with lead
guitarist Jerry Garcia as the Grateful Dead in 1965 and are legendary for their live performances. The Grammy-winning Rock & Roll Hall of Fame group always toured relentlessly, allowing their “Dead Head” fans to tape and trade their exploratory, free-flowing concerts. “We’ve got some unfinished business,” says guitarist/singer Bob Weir. “Everybody has a whole new bag of tricks; we have the body of material we worked up over the years and we have a mind meld going on here and it would be a sin to let that just wither and die.” Drummer Mickey Hart adds, “A mind
meld is a terrible thing to waste.” Bassist Phil Lesh says, “For me, it’s the question mark that’s really pulling me in…what’s gonna happen? When you walk out on the stage the possibilities are infinite every time. The musical possibilities are infinite: there is no end to it, there’s no back wall and there’s no ceiling, there’s no floor. It’s infinite and therefore you can still explore it till the day that you die.” Drummer Bill Kreutzmann says, “I get goose bumps just thinking about the possibilities.”
Seeds of the idea of touring again were first planted in February of this year when Hart, Lesh and Weir played a “Dead Heads For Obama” show at the Warfield in their native San Francisco, and last year Weir, Kreutzmann and Hart performed at a post-inauguration for Speaker of the House Nancy Pelosi.

Always sonic and technological adventurers, the Grateful Dead formed in San Francisco’s electric Haight-Ashbury neighborhood in the mid-‘60s, combining their love of bluegrass, country, electric rock and jazz to create one of the most iconic repertoires in rock music. By touring continuously and never relying on radio hits or latest trends, the Dead and Dead Heads created an unparalleled bond. Fans were turned on to the group by live bootlegs and
word of mouth, with many following the band on the road for whole tours.